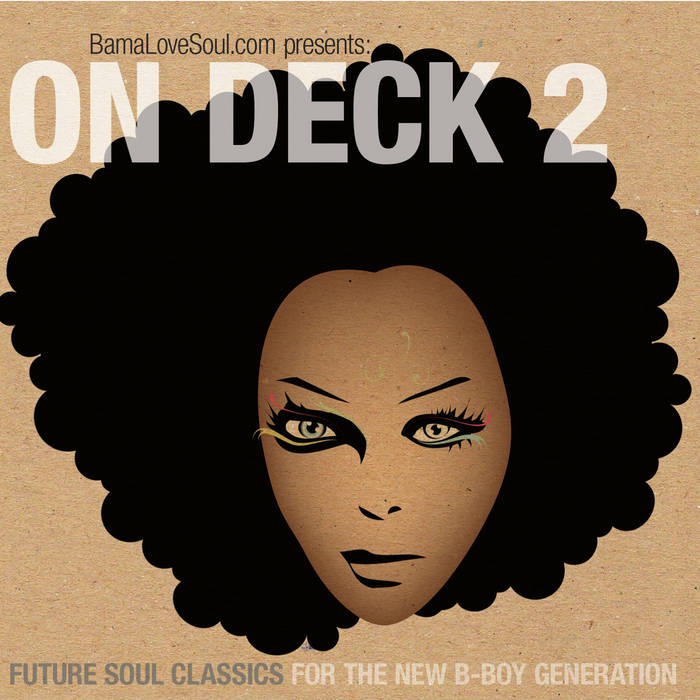 Around the “sweet home” of Birmingham/Alabama, the mainstream radio stations would repeat the latest HOT 100 zingers off the R&B conveyer-belt, much like the rest of the US. That is until visionary tastemaker Roderick Moody - aka DJ Rahdu - brought his hit Diamond Soul Xxxperience Show to the ‘Bama airwaves. For 2 hours out of 24, 1 day out of 7, they’d play nothing but soulful music. Soul was the link, even if it had a hip hop, house, Caribbean or jazzy vibe to it, it had to be soulful. “The only no-show was R&B … you could hear that after we were done.” Explains Rahdu - who was able to bottle his on-air success, taking it first to the streets via open mic events, before launching his BamaLoveSoul.com website to over a million black alternative music fans across the free world. Then in 2012, the commercially released and critically acclaimed “BamaLoveSoul Presents On Deck”, would go on to fly off the shelves of record store Dusty Groove – as they say in Birmingham - faster than a hound sucks an egg.


For On Deck 2, wading through a wealth of new material submitted specifically for his new project, Rahdu selected twelve brand new tracks, created by tomorrow’s found generation. Beginning with the jazzy keys of Rippy Austin’s ‘Fallen’, Rahdu describes the intro “As a walk through the pearly gates of heaven” before Joomanji follows up with ‘Intoxicated’ which “slaps you right in the face”. Every lick sounding fresh, as the selection expertly ebbs & flows. Stephanie Nicole’s spaced out funk ‘Diligence’ paves the way for the ethereal beauty of James Tillman’s voice on ‘Shangri La’. The artists, were handpicked, given 6 months to prepare their submissions and were all keen to put their best foot forward. Jevon Reynolds had the damnedest time coming up with his track before emailing Rahdu with the words “I had a breakthrough” – the Midnight Mix of ‘Silence’ left Rahdu, when asked to comment, ironically speechless. Humus, a bunch of Finns, get in on the action too, replacing GDNA’s soulful house ‘Calm’ (which is anything but) with the horn driven, gorgeously sung serenade ‘I Do (I Do)’.


“As a DJ coming up, I’d sometimes only demand that the groove was hot,” Says Rahdu, “but with this music, you really have to listen to the words.” Alabama home-grown talent Fayth Hope and her neo soul ‘Warrior’ sounds perfectly in tune with the blaxploitation glide of J Finesse’s ‘Drums, Claps & Snaps … Ya Dig’ before the nuvo-electronic instrumental of Buscrates 16 Bit Ensemble’s ‘In The Distance’ comes to the forefront. Aisha Mars illuminates the finale with ‘Ultraviolet’, “leaving you in a dream,” says Rahdu before adding “and fulfilled … hopefully.”