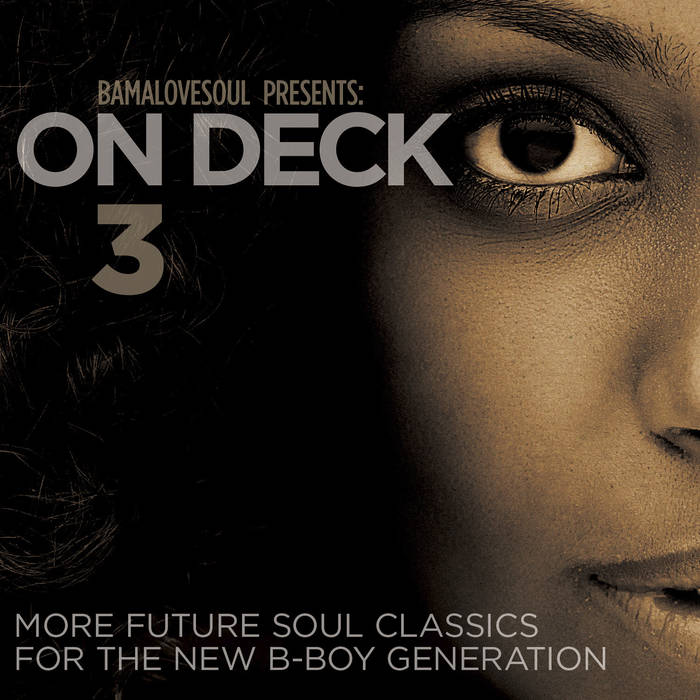 March 23, 2015 - On its way to becoming another much - loved series in the tradition of Stop and Listen, the Spectrum compilations, or perhaps more aptly Kon & Amir’s Off Track sets all from BBE, On Deck has been a music-format manifestation of the Birmingham, Alabama-based website BamaLoveSoul for the past couple of years.
Originally conceived as a two-hour haven from R&B/AOR mediocrity for soul folk on radio, DJ Rahdu’s Diamond Soul Xxxperience reflected the neo-soul /conscious hip-hop underground, attracting a devoted audience of more alternative, sophisticated listeners who had been waiting for just such a show to represent their tastes.
Rahdu –real name Roderick Moody – responded to the massive success of his baby with, first, a string of open-mic street shows, and then with the launch of BamaLoveSoul in 2008. Despite its local roots, the website has had well over a million hits annually and has become an important must-view for the global neo-soul massive.
For the third in the On Deck series, Rahdu introduces another scintillating taster for the more mature musical palette, featuring contemporary up-up-and-coming artists generally not too well-known on the international scene yet, with a bias towards artists sharing his own southern roots.